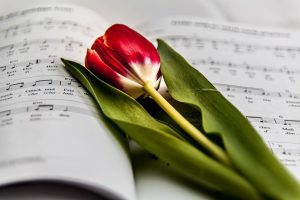 When we come together in any relationship we put our best foot forward hiding the things we feel are unfavorable. As the relationship continues all those unfavorable things start popping up, we can’t stop them because they are inherited ways of being and are run at an unconscious level. If a behavior is irritating to someone, soon a rift appears and then, another, and the relationship starts to struggle.

The key point is realizing that it’s the unconscious behavior of both people that are the problem, the one, for doing the behavior, and the other for being irritated. Each makes the other wrong causing defensive behaviors and making the problem worse. We can go on and on. A counselor can mediate the situation and suppress the issue, but as long as the unconscious behavior is lying underneath it will have the final control of your actions and all too often the suppressed actions reappear.

We have you think about how the problem is bothering you and isolate the thought (My husband raises his voice and gets angry when he disagrees with what I say.). We use natural sound frequencies to detach the emotion from the thought. After this you are able to proceed with your life happily and unaffected by the stress not only in that situation but in all the situations where it shows up in your life. When you are unaffected by the problem, people lose their ability to dominate and control you.